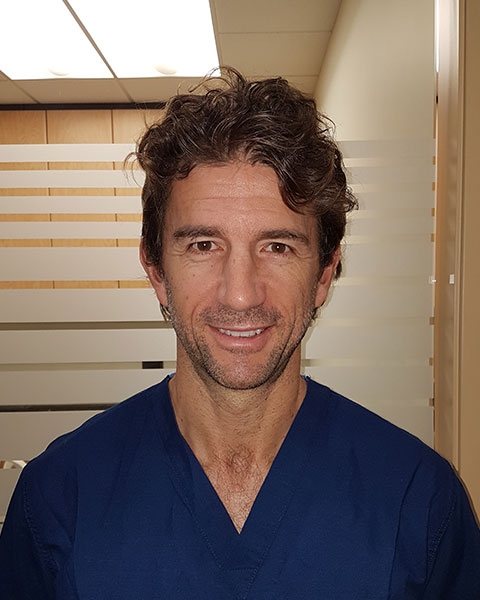 Simon Abbey is an endodontist in private practice in Vancouver, BC. After completing a B. Sc degree at Queen’s university in Kingston, Ontario, he returned to his home province to complete his dental training and eventually endodontic residency program at the University of British Columbia. While completing his dental degree he had the opportunity to work with Dr. Chris Overall's group doing protein engineering research on type I and type IV collagenase. When he returned to UBC in 2014 he was reunited with the same research group to do the pulp proteomics research presented here. This research has been published in the Journal of Dental Research and Journal of Proteomics. In between his dental degree and specialty program Simon spent a few years in private practice in Fernie, BC and on Vancouver Island, and 15 years in the Canadian Military, where he was stationed in British Columbia, Ontario and Quebec and deployed to Afghanistan in 2007 as part of NATO operations in Kandahar. Outside of work Simon spends as much time as possible at Whistler skiing and snowboarding in the Winter and in the summer on the myriad selection of mountain bike trails around BC.