Normal human impacted third molars were collected from adults (19–29 years of age). The crowns of immature human premolars extracted for orthodontic reasons in 12- to 14- year old patients were sectioned, the dental pulps were carefully removed without touching the predentin. Decoronation of tooth was done to standardize the length to 12 mm. Teeth were cleaned and disinfected with ethylic alcohol and thoroughly washed with PBS. Roots were stabilized vertically on inverted transwell inserts in such a way that only the apical third of the root was immersed in cell culture medium. Dental pulp stem cells (DPSC’s) were suspended in 50 μL ofHyStem® Cell Culture Scaffold, in hydroxyapatite scaffold and in collagen scaffold respectively and injected into the roots of human premolars (n = 24 teeth/experimental condition). After 7 to 28 days, DPSC’s were removed from the root canals, and RNA purification, amplification, and RT-PCR for DMP-I, DSPP, and MEPE were performed. 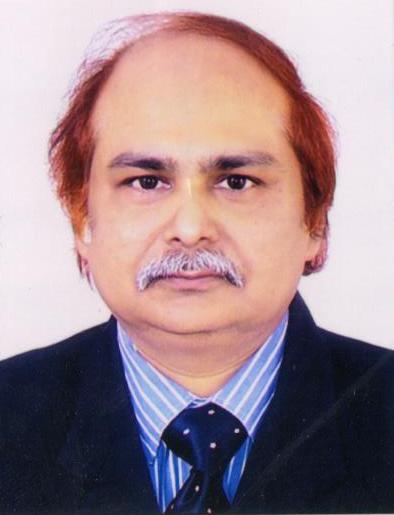 Currently serving as Professor, Dept. Of Conservative dentistry &Endodontics, faculty of Dental sciences, K.G’s Medical University, completed his Bachelor’s degree in year 1983 from King George’s Medical College Lucknow went on to do his Master’s in Operative Dentistry from the prestigious University (BHU) in year 1986 . He is actively involved in teaching at both under graduate and post graduate level since 1986 Dr Anil Chandra is a Visiting faculty at University of Medicine and Dentistry, NEW JERSEY (USA) in 1997,1999, has worked as visiting scholar in the dept. of restorative dentistry in 1999, 2003 and 2006, he has also worked as Research scholar in the department of Pulp biology at University of California, Los Angeles (USA) in 2003.He also visited New York State University in 2003 and 2006 as Guest Faculty. He was invited as a Guest Speaker at 5th National Dental conference at Indonesia in Nov.2011 where he delivered two lectures, one for the faculty at University Of Sumatra, Medan, Indonesia and other for 5th RDME and exhibition at Medan Indonesia. He was also conferred with fellowship of American Academy of Dentistry during Hong Kong Convocation in Sept 2012.Was invited speaker at University of Cesmac, Maceio Brazil in May 2014, & 16th Nepal Dental Association Conference at Kathmandu in January 2015. He was invited as Guest Speaker at 5th American Dental Congress, Philadelphia in Oct. 2015. He also attended the Summer School on Biomaterials at Helisinki, Finland in August, 2016 Presented scientific paper on “Regenerative Endodontics” at AAE New Orleans, USA in 2017. Invited Guest Speaker at Sumatra, Indonesia in December, 2017 & also a Guest Speaker at Melaka, Malaysia in December, 2017.

Anil Chandra, MDS
I declare that I have no proprietary, financial, or other personal interest of any nature or kind in any product, service, course, and/or company, or in any firm beneficially associated therewith, that will be discussed or considered during the proposed presentation.